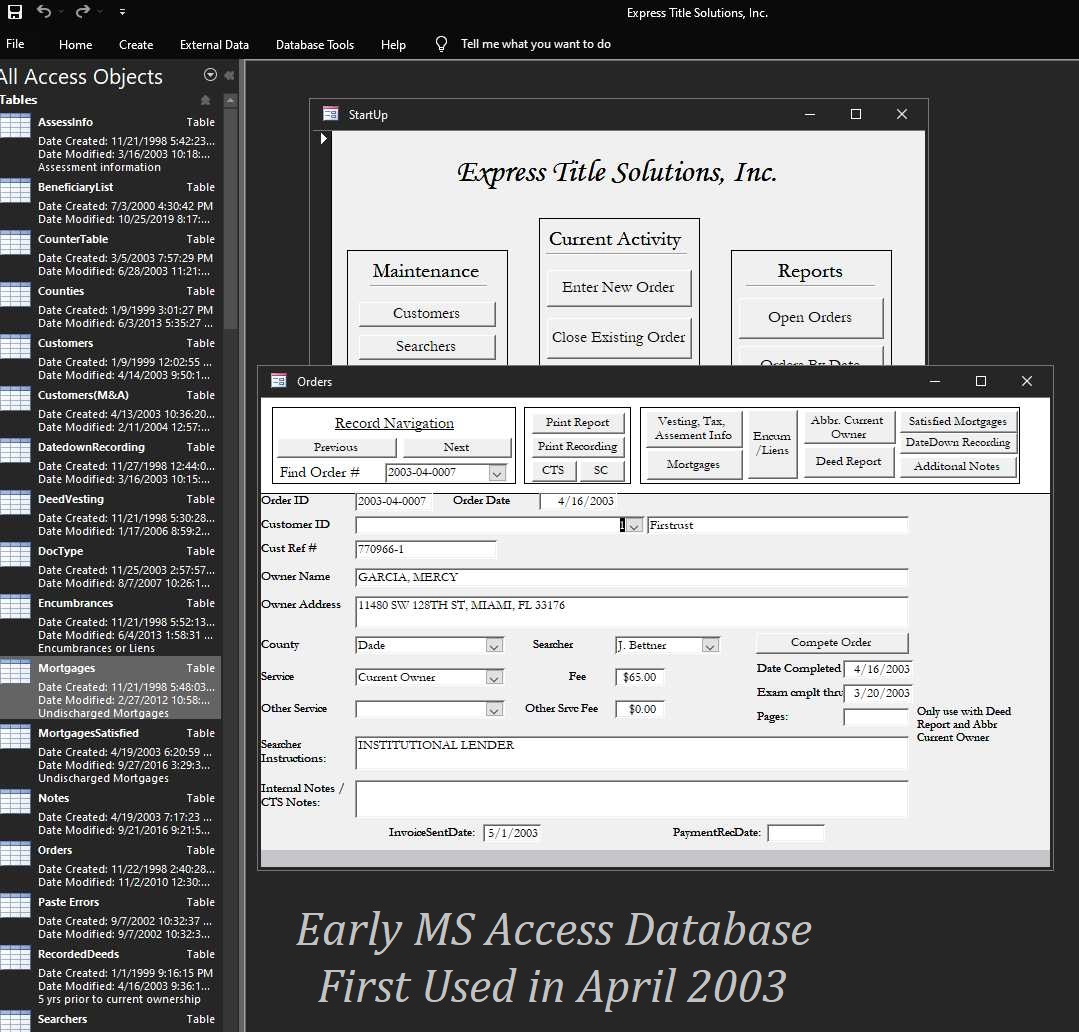 In Spring of 2003 a young college graduate packs up from the Seattle area and with little more than a business plan and a dream settles in Boca Raton, Florida.  The goal is simple: Use his background and degree to begin his own title abstracting company.

It works and within a year, Express Title Solutions, Inc. is providing hundreds of title searches to title companies nationwide.  As several years pass, County recorders begin putting more and more public records online.  Simultaneously, major underwriters are relying more heavily on their own production plants and it becomes clear that the independent abstractor is headed the way of the dinosaur.  It's a Blockbuster/Netflix moment; adapt or die.

In 2007 Old Republic National Title signs on ETS as an agent and New Urban Title & Escrow is adopted as the name for the agency division.  Just as New Urban Title begins to acquire steady clientele all he** breaks loose when Lehman Brothers announces it's bankruptcy.

While the housing crisis takes down an estimated 60 percent of title agencies in Florida the company adapts once again and survives by closing short sale transactions.  An eventual recovery ensues and over the next decade it succeeds by focusing on the consumer by providing speedy service, competent communication and competitive prices.  These same principles have become the values which encompass the current day to day operations.

Jonathan C. Bettner
Owner/Pres.
Eat. Sleep. Title Insurance. I suppose there are weekends... sometimes. In all seriousness though title insurance is my passion and if you call me I'm most likely typing up a commitment, composing an email or in a closing. Outside of work you can find me offshore fishing, remodeling or at one of my daughter's dance competitions somewhere in South or Central Florida. If you're in a bind, have a complex question or any issues with your closing please don't hesitate to contact me directly. Seriously, it's my goal to ensure you're happy with your entire closing experience.

Greg Sutton
Central Florida Extraordinaire
Your first point of contact for O-Town and the surrounding area.